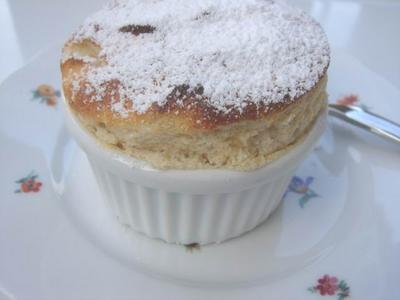 OK, there is no doubt anymore, I confess: I’m seriously quince obsessed. Two weeks ago, I bought the first bag of them at the Brussels market – the first arrivals this year I was told. So I came home and made that quince paste (or quince cheese as we call it in Hungary –a couple of years ago one could still buy this at the market in Budapest from older women from the countryside who made it at home and sold in cute little forms. Today it’s so rare probably because it is so labor intensive). I’ve never had the Spanish membrillo but I think this is probably its equivalent. And I have a very good recipe for this quince paste given to me by the mother of one of my best friends – it’s prepared in the microwave so you spare a lot of time and work. (Basically, the fruit is cooked unpeeled and uncored then in the micro then pureed, strained and cooked again with the same amount of sugar as fruit then put in forms for a couple of days. It keeps for months, although I don’t have that kind of own experience, you understand…).

Then I tried this chicken with quince dish which turned out to be absolutely amazing.

I still had some so I made a Vanilla Quince and Pear Jam.

Then I went to the market and I just had to by some more (they are very cheap here, only 1.50 Euro/kg…)

Then I’ve read this wonderful post of David Lebovitz about quinces (seems that we are many quince lovers out there..) and got even more excited….then also Angelika at The Flying Apple wrote about them, she received some through her Euro Blogging by Post package.

So when considering what to make for this month IMBB, the event originally invented by Alberto at Il Forno, this time hosted by Kitchen Chick , I had something in my mind. The scary scary theme of this months event is SOUFFLÉ. The only soufflé I’m making regularly is an easy chocolate soufflé but I haven’t tried any others yet. I think, a soufflé is a dish for entertaining but I really prefer to have the dishes prepared in advance and my guests are anyway always late…
But I was flirting with this recipe since ever and it seemed to be perfect for this time. The book is called The World Encyclopedia of Fruit (I have the Hungarian version) – a great reference book with good recipes. So I made this quince soufflé and I succeeded! Huh, I wasn’t really quite sure this time…I modified the recipe slightly and spiced it up a little with some cinnamon and ginger to give some extra fragrance. I prepared only the half of the original recipe and got 4 soufflés. It is very delicious, I could have eaten the whole batter as it was before baking it..

By the way, taking that picture was the most difficult part of the whole project, I cant’ wait to see how all of you managed. With me it meant some serious finger burning, broken pieces of the jar containing icing sugar, that icing sugar on he kitchen floor and, oh yes, great panicking that the soufflé would fall in two seconds before any chance to take a picture…

Oh, and I still have 3 big beautiful quinces in my kitchen….

butter and sugar for the ramekins

Preheat oven to 200C/ 400F
Prepare the fruit puree: peel and core the quince (good quality and sharp peeler and knife will be very helpful, because the fruit is very hard), cut in small cubes and put in the water with lemon juice and sugar. Cook until soft (ca. 15-20 minutes). Let cool a bit and puree in a food processor with 1-2 tspoons of the liquid. Strain through a sieve (I didn’t so the soufflé was a bit chunky which I liked)
Now prepare the batter: heat the milk with the vanilla and the spices. Mix the egg yolks with the sugar until pale, add flour. Pour over the hot milk and put back ont he stove and cook a few minutes until thickened (a little thicker then a custard)
Mix the quince puree into batter.
Beat the egg whites until it forms soft peaks. Gently fold into the fruity batter mixture.
Butter four ramekins and sprinkle with icing sugar. Pour the batter in the dishes and run a sharp knife around which helps to rise.
Bake for 8-10 minutes until risen.
Serve very immediately.

And here you can find over 50 fantastic sweet and savory soufflé creations of the other foodbloggers.
(Visited 129 times, 1 visits today) 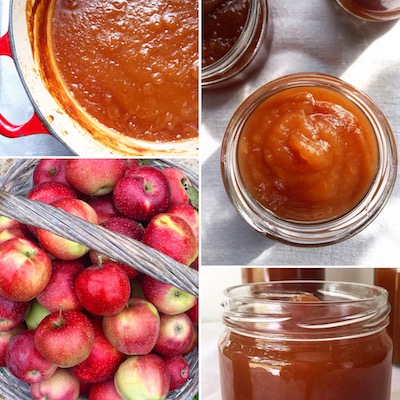 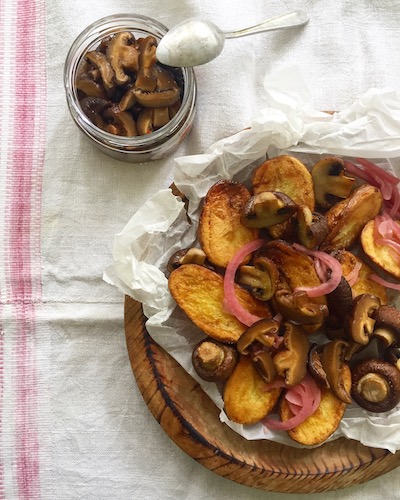 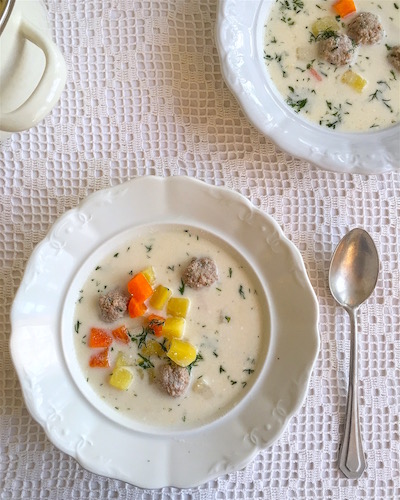 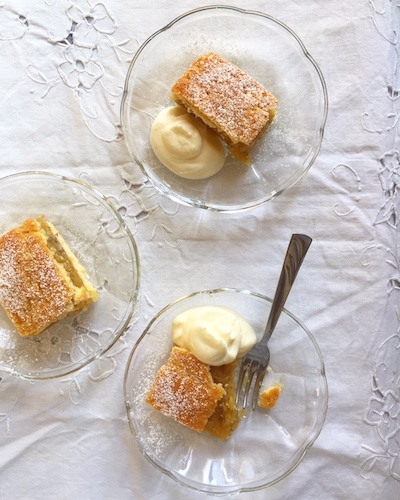 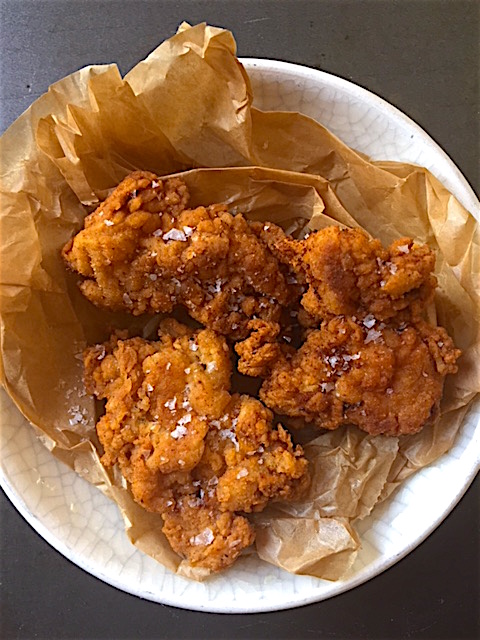 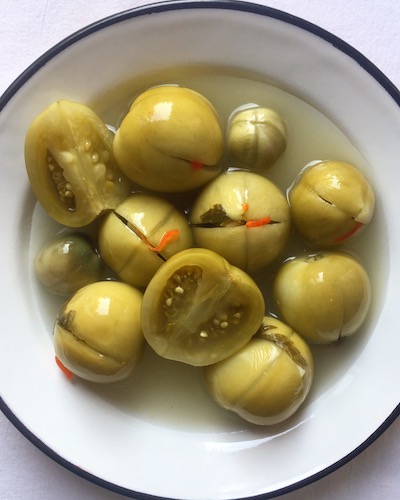 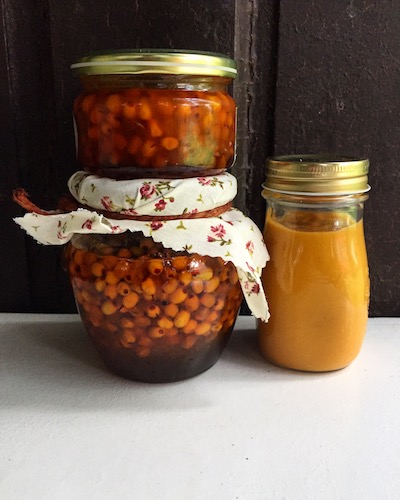