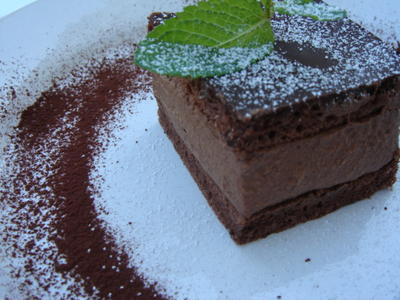 Hurrah, it’s Sugar High Friday again, the monthly international sweet Friday event that is a perfect excuse to make some guilty, divine desserts. This event was originally an idea of Jennifer at Domestic Goddess who is a foodblogger from Canada and this is the 13th time it has been announced. This time the event is hosted by Kelli in New York at Lovescool and she has proposed the decadent theme DARK CHOCOLATE.
In Hungary we have such a wide choice of great pastries and cakes, but strangely enough, chocolate is not among the most used ingredients. Those are more walnuts, poppyseed, curd cheese and seasonal fruits. But then this cake came into my mind which I haven’t had since ages. It is a kind of old fashioned but you can still get it in every pastry shop in Hungary. And besides its VERY HEDONISTIC characteristics (think of a rich chocolate mousse between two layers of chocolate sponge covered with dark chocolate glaze) it has such a great Belgian-Hungarian fusion romantic story that this was the final argument to make it for this event. And here it goes:
The cake is named after Rigó Jancsi, a famous Hungarian gypsy violinist in the early 20th century. He was playing with his orchestra all around Europe and once he was playing in a restaurant in Vienna (or according to some sources it was Paris in fact), the Belgian duke of Chimay was dining there with his young beautiful wife, a daughter of an American millionaire. She was totally fascinated by his music but even more so by his passionate black eyes. They immediately fall in love, the duchess left the husband and they lived together in different countries. Of course this was a huge scandal and a hot story at that time. I even found a Hungarian book from 1981 in which the old cousin of Rigo Jancsi tells the true story as he remembers, it is so funny, I put the link for the Hungarian speaking readers here, you just have to read it!
The cake itself is quite labor intensive to tell you the truth but that doesn’t mean we wouldn’t make it does it? And I live in Brussels at the moment which means that I’m very spoiled with access to some really good quality chocolate. So this time I used a dark chocolate with 85% cocoa (very bitter but very rich and fine). Surprisingly it was not at all so easy to find a proper recipe, probably because this cake is so old fashioned. So, I finally followed this recipe which I found on the website of the famous Gundel restaurant in Budapest, owned by George Lang, a famous restaurateur and food consultant of Hungarian origin, also owner of the Cafe Des Artistes in New York. I halved the recipe for the filling because it says it makes 16 slices (well, the Hungarian version says 16 slices, while the English one says it makes 4 servings, I think they just made a mistake I guess.) With the half amount of the filling I got 6 servings. (For the sponge however I made the whole amount and used the other half for something else)

For the Sponge Cake (*you will need only the half of the sponge if you go for 6 servings)
3 large eggs, separated
60g/ ½ cup granulated sugar
60g/ ½ cup all-purpose flour
20g/ 2 tablespoons unsweetened cocoa powder
Filling:
100g/3 ounces chocolate, coarsely chopped (*I used dark chocolate)
400ml /1 pints whipping cream, whipped to firm peaks
* I added about 50g /ca.1/2 cup sugar because of the bitterness of the chocolate I used
Glaze
50g/ 1,5 ounces chocolate, coarsely chopped
half tablespoon vegetable oil
Sponge Cake
1. In a big bowl, combine the egg yolks and the sugar. Whisk until foamy and set aside. Beat the egg whites to stiff peaks. Fold the whites into the yolk foam. Whisk the flour and cocoa together and then gently fold the dry ingredients into the batter.2. Line a baking sheet with waxed paper (*I used a silicon matte, perfect for this). Spread the batter over the wax paper (pr silicon matte), using a kitchen knife to spread it into a thin layer.. Bake in a preheated 180C/350 ºF oven for exactly 8 minutes until the cake springs back when lightly pressed in the center. Let cool for about 5 minutes.
Filling
1. In the top of a double boiler or a metal bowl set over simmering water, melt the chocolate, stirring until smooth. Remove from the heat and stir in a third of the whipped cream. When incorporated, add the remaining whipped cream and stir gently and carefully. Do not overmix.2. Using a long serrated knife, cut the cake into two halves. (The one half I used for another recipe) Cut the one half in two pieces again. Transfer 1 layer to a flat platter and spread the chocolate mousse over it. Refrigerate until firm (I let it overnight). Don’t even think of adding gelatin, the mousse will really firm in the fridge.
Glaze
In the top of a double boiler or a metal bowl set over simmering water, combine the chocolate and oil and heat, stirring constantly, until the chocolate melts and is smooth. Pour the glaze over the second cake layer, spreading it with a dry knife to cover the cake evenly. When the glaze firms up, cut it into 6 squares, remove the chilled layer from the refrigerator and carefully set the glazed layer on top of it.
Cut the cake into 5x5cm/2-inch squares, using a thin-bladed knife dipped in warm water and wiped dry between each cut.
And here you have the summary of all 75 dark chocolate recipes prepared for this event.

Other posts in English: 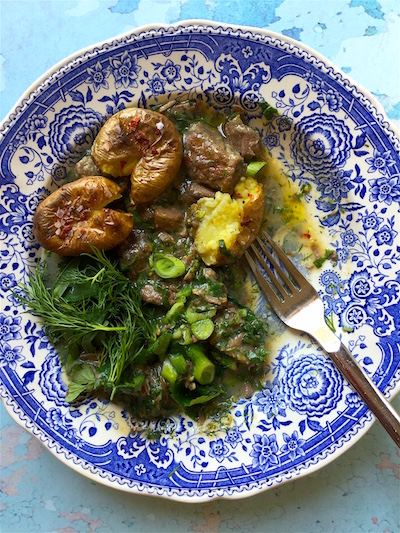 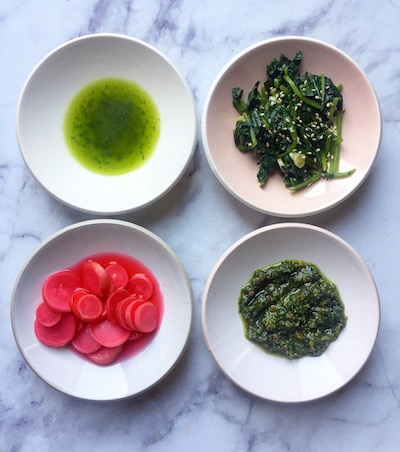 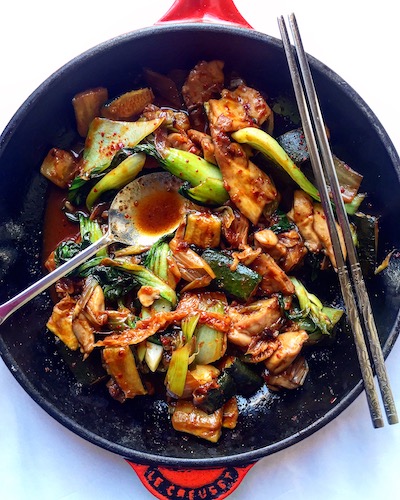 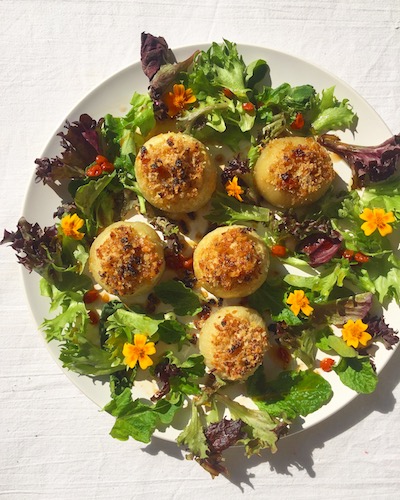 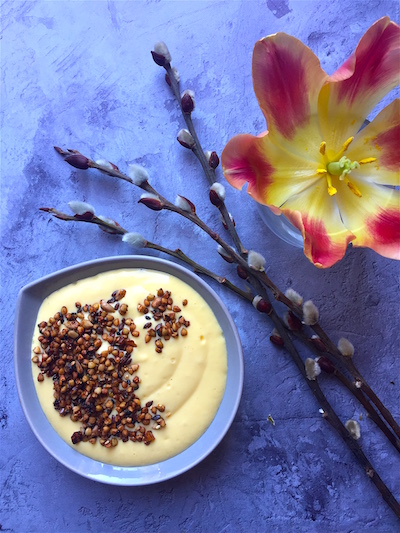